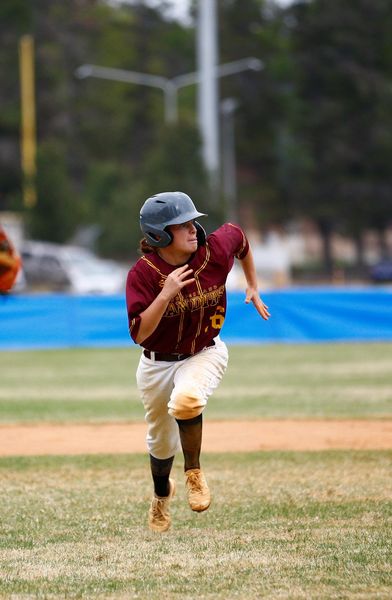 By Connor O’Brien
Hannah Marshall’s big break will come this weekend when she takes part in the Australian Women’s Baseball Showcase in Melbourne. The 18-year-old will represent the Brisbane Bandits, who are slated to play a pair of exhibition matches against the Victoria Aces.
Both fixtures will start at 11am AEDT, one Saturday and the other Sunday – with the latter acting as the curtain-raiser to the Australian Baseball League championship game.
All up, 11 members of Australia’s 2018 Women’s World Cup roster have been named for the showcase event.
“I’m a bit nervous, my first time being around the Australian squad girls but also pretty excited because it’s my first time being around the Australian squad girls,” said Marshall, whose local club is Surfers Paradise.
“It’s pretty much the pinnacle that women can play at, it’s the highest level here in Australia, so I’m really excited to get my feet wet and jump in and see how I fare against them.
“So a bit of nerves, a bit of excitement, but I’m ready so hopefully we’ll have some fun.
“I still don’t think it has really sunk in but it definitely will become real when we’re down there.” 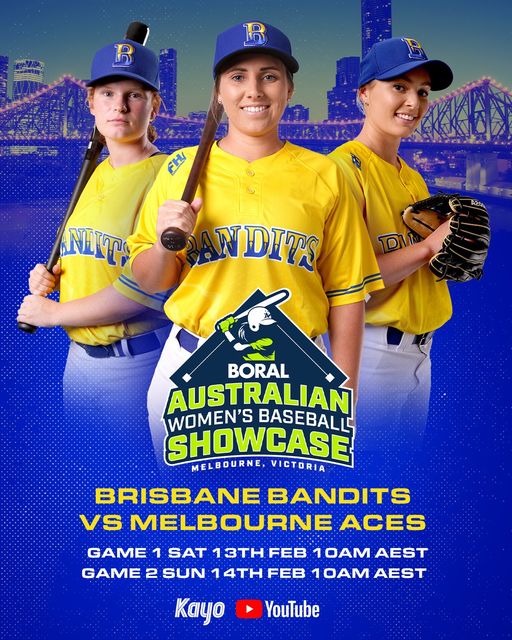 Hannah Marshall (pictured left)
Above all, she can’t wait to get to work with Bandits teammate Tahnee Lovering – even if her presence could relegate Marshall to bench time.
“She’s the Australian squad catcher which is the position I play, so I will definitely want to be picking her brain and finding out some information,” Marshall said.
“Being around all the Australian squad pitchers will also be really good, just to catch them and see how they go about their work.”
Marshall’s beginnings in the sport date back to her school softball days in Sydney, before switching to baseball in her mid-teens upon moving to the Gold Coast.
An Atlanta Braves and Toronto Blue Jays fan, she’s hitting home runs away from the baseball diamond too – she’ll soon start a Bachelor of Paramedicine at Griffith University.
But for now, it’s all baseball, with representing Australia the ultimate dream.

Qld Masters Update Sat 21st May 2022. It is sad to keep corresponding with everyone about the weather which continues to postpone our plans to play out the tournament. The rain overnight and that is still falling now prevents us from playing on Sunday 22nd May.We are looking to play again on Sunday 5th May and further info will follow in due course. ... See MoreSee Less
View on Facebook
· Share

Qld Masters Update. Unfortunately, the weather continues to impact on this event. It has been agreed to postpone the 45plus age group games scheduled for Sunday 22nd to Sunday 5th June. Diamond 2 at Surfers is still not playable. Further advices will issue about the 35 plus group if any further weather problems impact and should this happen we will advise as early as possible on Saturday. BQ comp management page is to be updated today. ... See MoreSee Less
View on Facebook
· Share