The Gold Coast have emerged as U18 Queensland State champions again in a rain-marred tournament held in Narangba recently. Day 3 of the tournament was completely rained out but the lack of rain in recent months did us a favour with the grounds at Narangba holding up extremely well. The rain meant that the finals were washed out and the tournament became a first past the post result. 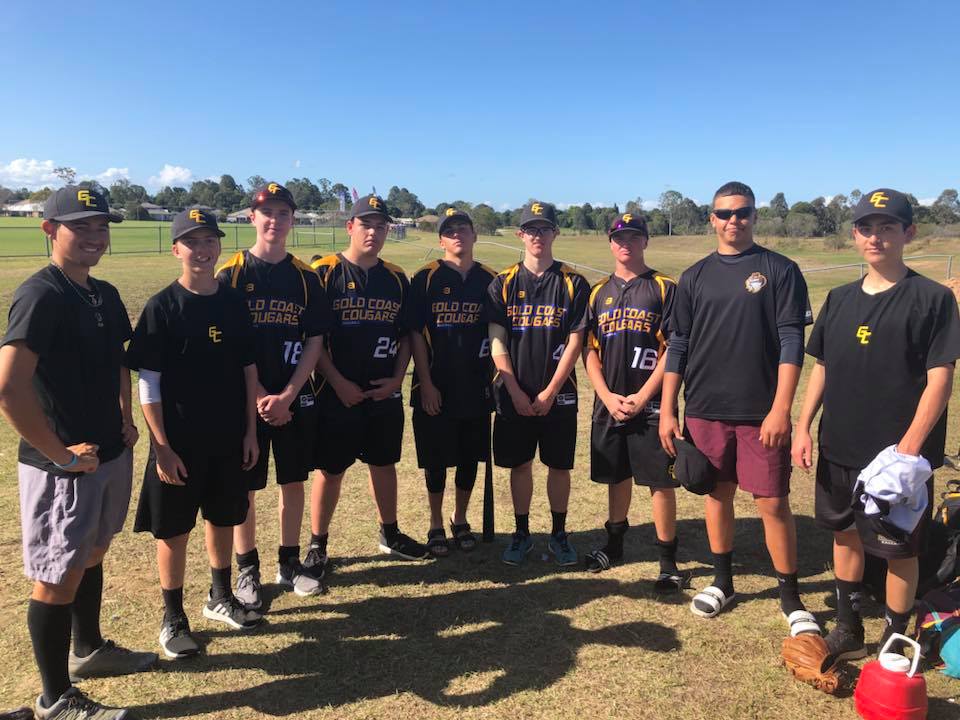 One highlight from the tournament was a no-hitter pitched by Scott Fitzgibbon against Brisbane West on the last day of the tournament. In a dominant outing, young Fitzy was on a perfect game through 5.1 innings and unfortunately walked a batter to lose the perfect game opportunity. This runner was doubled up on a line out by the next batter to the first baseman so that he faced the minimum number of batters over a 6-innings outing including 9 strike-outs. Gold Coast closed out the game with a 10-0 mercy victory in the bottom of the 6th innings.

Friday night under lights for the ladies is at Beenleigh Hawks Baseball Club this week.Womens Baseball this Friday!Bring the family down for some Friday night baseball and keep warm with some Butter Chicken and Rice or enjoy some Pumpkin Soup! We'll see you all there ... See MoreSee Less

This afternoon we are hosting week 2 of the Gold Coast Womens Baseball social comp. Game 1 kicks off at 1.45pm on Diamond 1. Canteen will be open so come down enjoy the sunshine and show the ladies some support. ... See MoreSee Less
View on Facebook
· Share