Sunday 9 September 2018 9am to 12pm – the Club will be open to assist you with on-line registrations and your uniform orders this Sunday.

The Surfers Paradise summer Senior pre-season training schedule has been announced. These sessions have an open invitation for any player who is seeking to play in the Surfers Paradise Division 1, 2, 3 or U20’s for the 2018/19 Summer season.

Players are also encouraged to sign on early and pay their compulsory capitation and insurance fees by going to our Registration page.

The club is pleased to announce that Matt Corbitt will come back as the Division 1 Manager. Kevin Fenn will remain in charge of Division 2 and Michael Fitzgibbon will take on the Division 3 Manager’s role.

Your new committee are: 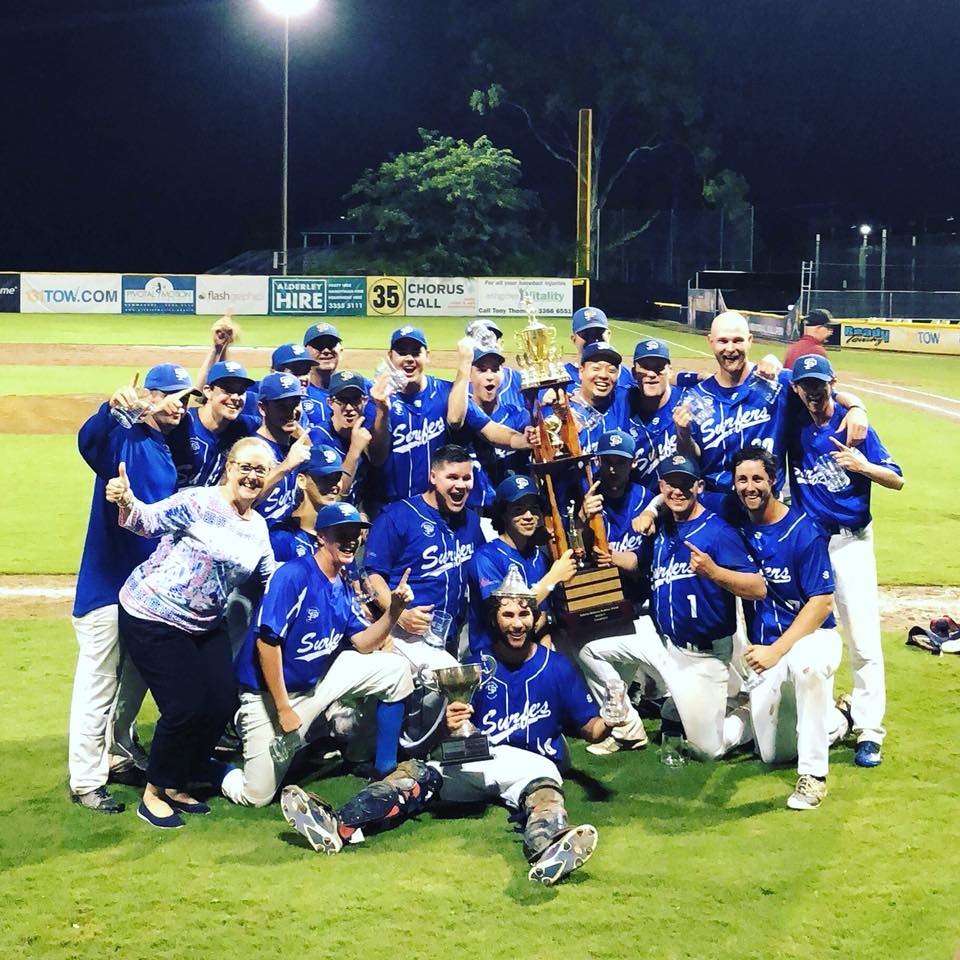 A huge congraulations to Matt Corbitt and his Bluewave team

In a best of 3 series against Windsor, the boys have come out on top 2 wins to 1.

Sunday was a beauty. Down 4 nil, Matt Studeman came up trumps with a grand slam 4 run home run. The game stayed tied until the 10th when Natt Cunningham and Ozzy Braff got on bases and Scott Hillier drilled one out to right field. Natt flew around the bases and slid in for the winning run and a scoreline of 5 – 4.

The rain threatened to interfere with game 3. Wednesday was postponed and Thursday we moved to Windsor.  In a great pitching duel between Ryan Searle of Windsor and our very own Sam Brunner the game remained tied until the 4th When Shane Thompson took Searly deep and put us up 1 to nil. Players were on and off the field and got back on to play enough innings to make this a game when the game was called due to more rain.

Well done to all.Thank you Matt, Kevie, Connie, Bette and all the players. And thank you to all the suppoters who got along to support the boys. Presentation night is next Thursday and should be a great night.

Then on the main diamond the Senior League had a cliff hanger that went into extra innings. Down by a run, with 2 on and 2 out, Matt Grant brought home 2 runners and Surfers got up by a run

Then the Little league Minors, with a similar story, scored late in the game to also win by 1 run